Fitbit For Your Media Diet

Recently I have been awakening to the sound of trumpets and chimes from my wife’s Duolingo app.  Learning Spanish amidst toyful prompts seems like a much better way to start the day than scrolling Twitter, which had been her wake-up habit of late. If you had to compare it to breakfast, think orange juice and oatmeal versus Coca-Cola and Cocoa Puffs.

For years now it’s been hammered into us how terrible junk food is for our mind and body, and finally, we are putting our media consumption into more tangible health and wellness terms.

University of Arkansas Public Health Professor Brian Primack leverages the food analogy in his book “You are What you Click.”  “There was quite a while when people were just eating whatever came out—if TV dinners became a big deal, they would just eat the TV dinners. And if fast food became more available, they would just eat more fast food,” he said in a recent WSJ interview. "It's very easy to over indulge, and a lot of foods are designed to be addictive  - just like a lot of social media sites are designed to bring you back for more, and keep you there as long as possible. 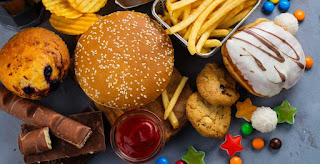 It took years and relentless focus from all corners of society to put in place the government regulations, public information and education that has led to a better understanding of food nutrition, and, although we still have a long way to go, better eating habits.

It’s early innings, but social media is finally under the same degree of focus.  Bipartisan regulation seems likely, important research is finding a mainstream audience, and habits are beginning to change.

Enriching apps like Duolingo are surging, delighting their fast growing user base and rapidly turning them into paid subscribers, while Twitter failed to add any new users in the US during its last reporting period and is predicted to start losing US users in 2022 and beyond.

And other companies big and small are addressing the idea of "digital nutrition " head on. Apple has been emphasizing and enhancing its “Screen Time” feature -  it’s now one of the first buttons users see in their iPhone Settings and has a component that enables setting time limits on apps.

Readocracy, an inspired startup, refers to itself as "Fitbit for your information diet" and has gained the support of A-list investors who are focused on building a healthier internet.  Whereas Apple's Screen Time shows you quantity of time, Readocracy allows you to see more of the quality: deep insights about the actual information you were filling your mind with during that screen time. One of their data sets even measures the impact media consumption is having on our mood.

There’s no doubt when we eat healthier we feel better and are in a better state of mind,  and the same goes when we consume healthier media content.

As the founder of Readocracy puts it: “Information can be precious, or it can be poison. It’s not how much we consume, it’s what we consume and how mindful we are about it.