Your Next Good Idea

In a recent interview, Sarah Cooper described how she came up with the idea for her wildly popular Trump impersonation videos. Her 11 year old nephew had introduced her to TikTok a while back and it struck her as an “amazing tool for creating new visual interpretations of existing audio.” But nothing much came of it until this year when Trump’s COVID press conferences proved to be the perfect use case. What resulted is a reimagining of comedy itself, drawing accolades from Jerry Seinfeld and Ben Stiller among other comedy legends. 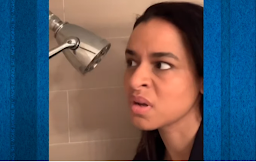 As Steven Johnson, the author of “Where Good Ideas Come From,” says, “We take the ideas we've inherited or stumbled across, and we jigger them together into some new shape.”

I have had 3 startups that were reasonably good enough ideas to bring to market and 5 others that weren’t. The 3 that launched were all based on something I had seen before, but now in a different light through the filter of emerging technologies and trends.

One, from the early days of the Internet, circa 1999, was for an online music school. A year earlier while working at Time Warner Cable, I had seen a pitch for a new cable network focused on music education. It was too niche for cable, but nothing was too niche for the Web. We sold the company during an overhyped moment, but it ended up, like many Web 1.0 businesses, dying. It was too early for broad user adoption.

My latest idea is a new take on wildlife programming using live cams, camera traps, and user submissions to create a new experiential platform. This one may be too late.

It’s great to talk about where and how good ideas emerge, but at the end of the day, luck and timing are the two biggest factors. And they are completely out of our control.

So you need to always be tinkering and brainstorming, hoping that when you think a new idea is ready, so does the world.