Wow is it getting easier and easier to access the web on TV.  My $39 Google chromecast arrived last week in a slick little Apple-style box.  The size of a thumb drive, it plugs into the TV's HDMI port. Up pops a big screen inviting you to start "casting" video content from your smart phone, tablet or laptop. 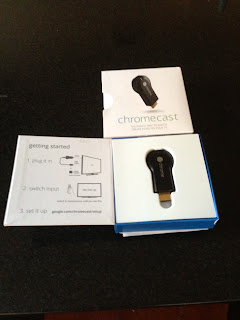 A lot easier than Google's previous attempt at Internet TV, the Logitech console and keyboard circa 2012, shown here as I prepare to wrap it up and throw in into the bin of misfit toys 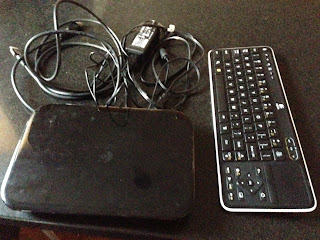 The chromecast has been getting a lot of press as it appears to be yet another important product that is going to help usher in the great TV disruption that still seems to be much more bark then bite.

But I will point to some more compelling research, highlighted in All Things Digital a few weeks back, that indicates, devices like Apple TV and now chromecast, are truly gateway drugs to chord cutting.


Broadband users with “connected TVs” — that is, anything from a “smart TV” to a TV with an Apple TV or Roku, or even a TV connected to a laptop with a cable — say they are twice as likely to cut the cord as broadband users who don’t connect their TV to the Internet.

And you know what happens when drugs get really cheap!