The Power of Traditional Advertising, Part One

With marketing budgets inexorably moving to all things digital and the teams that manage them barely able to keep up with the pace of change, sometimes the most effective advertising relies on the oldest forms of media.

Advertisers have been painting their messages on the sides of buildings in NYC for over 200 years. One of the largest such ads covers the entire side of a 30+ story building on 23rd street and Park Avenue. Warner Bros has had the exclusive rights for many years and uses it to promote new film releases. Every few weeks, a new image is hand-painted over the previous one. The process and the subsequent showing is seen by hundreds of thousand of people walking and driving north on Park Avenue. 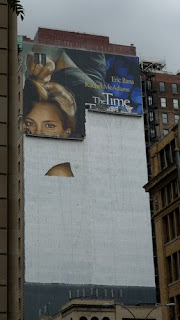 What makes the ad so effective is the sheer size, but also the painting process that creates a near photographic image. Most importantly, it is also the only building-size, outdoor ad in this part of Manhattan giving it a particularly impactful placement in the urban landscape. 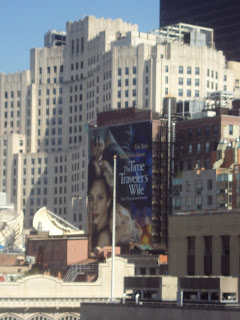 New zoning laws make it unlikely any new ads will appear nearby. (During the past 15-10 years, NYC somehow lost control of the outdoor ad business resulting in complete overload in certain commercial areas like Times Square and the Queens side of the Midtown Tunnel. They have made a 180 degree turn and are now aggressively regulating.)

This dramatic recurring ad in a relatively ad-free environment gives Warner Bros a unique marketing franchise on one of the oldest ad platforms, a platform that does not appear to be weakened by the digital revolution.