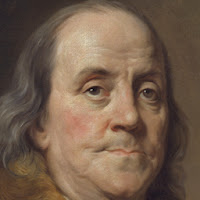 One of the many fascinating sections in Walter Isaacson's Benjamin Franklin biography from a few years back describes our founding father as the country's first media mogul.  At one point in his extraordinary life he not only published the most popular newspaper in the colonies but was the country's first postmaster general, in essence, owning the content and controlling the distribution platform.

Media entreprenuers and executives of all stripes have been trying to recreate some form of this perfect business model ever since.  Comcast is the biggest player today with hands in both content creation and distribution.  I was part of the team that launched NY1 for Time Warner Cable in the early 90s.   The initial business pitch went something like: "Let's create a local news channel and put it on Channel 1 in all our NYC subsciber homes and promote the hell of out it in all our customer communication."  How could it not succeed?

The problem is.... companies tend to be good at one or the other, but rarely both.  The jury is still very much out on the NBC/Comcast merger.  NY1 is a tiny business within the Time Warner Cable monolith.   And more significantly, the most powerful media companies on the planet - Netflix, Amazon ,Google/YouTube, Facebook, Twitter - are distribution platforms.  Netflix and Amazon are certainly giving content creation a strong push, but it is still a tiny portion of their business.

But I am always fascinated by new attempts, regardless of the platform, demo or unscrupulousness of it.