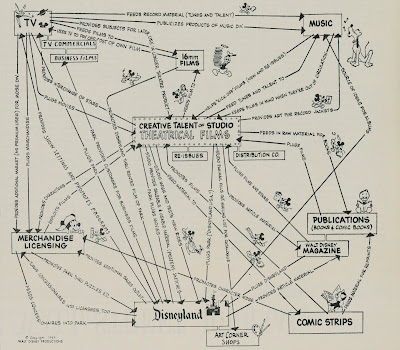 Although I have been an entrepreneur for most of my career, some of the most fun I have had has been my handful of stints at large legacy media companies, where I was brought in to develop new businesses leveraging the company's existing assets.

At Time Warner, in the early aughts, we created an online automotive buying service called BeepBeep.com  Warner Bros owned the trademark as part of it's Road Runner franchise.  Time Warner Cable had thousands of car dealers as local advertising clients in their various markets as well as millions of local ad avails on the cable networks they carried in those markets.  We had the car dealers list their inventory on the new site and then promoted it to car shoppers via the TV ad avails.  In a matter of months we had one of the larger online car shopping sites.

Earlier, in the 90s, we used some of the same tactics to launch NY1 and quickly make it a major new media brand. It didn't hurt that we could launch on Channel 1 across the market.

The stodgy old media companies often have valuable untapped assets and synergies waiting to be mined and brought to life.

But one legacy media company has been working it all the time. The chart up top was created by Walt Disney himself in 1957.  It is one of the greatest examples of company synergy in history, and it has embodied Disney's approach to everything they do since.

These days they are getting ready to launch their new streaming service and the amount of promotion they are providing across their own media assets is startling.  As reported in The NY Times, anchors and hosts at Disney's network and local TV properties are chatting it up every day and buses in their them parks are wrapped with ads for the service. Tinker Bell's 9 million FB fans are also seeing messages.

Every creek and crevice of The Magic Kingdom is in on the game.