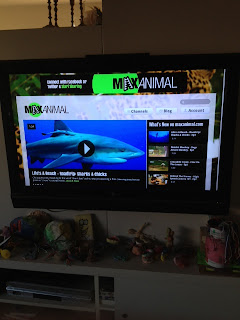 The average American watches 170 hours of TV each month, resulting in a $70 billion per year advertising business.  Depending on which research source you reference, this viewership, on the biggest screen in the house, is either shrinking slightly, growing slightly, or staying the same.  And no matter how vehemently and often we portend the death of traditional TV based on our kid's emerging viewing habits and other anecdotal evidence, the more indestructible the "single most profitable big business in America" appears to be. (Another record-breaking upfront is in the works.)

I am in a sector of the media business that is growing faster than any other, online video, yet is surprisingly (based on all the hype) insignificant compared to TV.  Viewership is 7 hours per month and annualized ad revenue in the $3 billion range - 4% of television for both metrics.

This dose of reality was the topic of a recent Beet.TV clip titled "Online Video Slow To Take On TV." The exec featured in the clip, from Gannet, makes a great point -  one of the reasons that television continues to boom over online video is that television’s place has been primarily in the home while online video’s place has been primarily at work.  "We need to get into the home before we can see massive growth," he says.

We recently launched a new online video venture that is growing quickly, albeit in online video terms.  It features amazing content from one of the top producers of this type of content in the world.  I asked my kids to take a look and give me feedback.  Before we could gather around the iMac in our den, my 12 year old had it loaded on our connected TV in the living room where we watched MaxAnimal clips for a good hour or so.